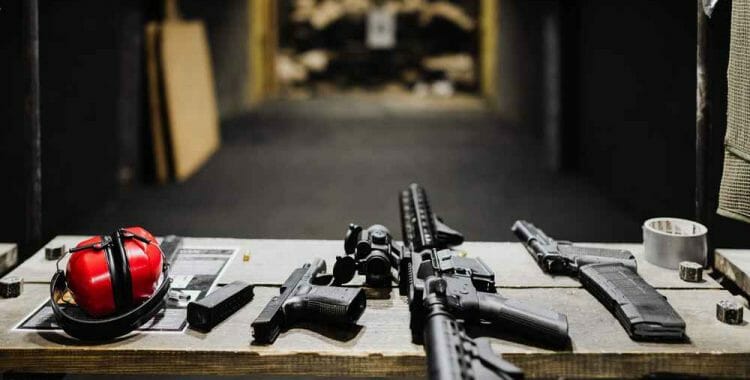 What is a “deadly weapon” in Texas? How does that impact your charges and potential penalties? When you face these charges, it is crucial to have a criminal defense attorney on your side to advocate for your best interests.

Aggravated assault charges come with some harsh penalties. If you add in a deadly weapon in Texas, it only gets worse. With an attorney on your side, you have someone to prepare a strong defense that protects your rights and interests.

Deadly Weapons According to Texas Law

Under the Texas Penal Code, a “deadly weapon” falls into two categories in Texas.

When you see “anything” twice in the law that describes a deadly weapon in Texas, it may seem daunting. Under this definition, there are many different weapons or items that can elevate assault charges. Moreover, the “manner of its use or intended use” broadens the definition even further.

What does this mean for you? Context is essential to understand the “intended use” of an item on your person. That’s why it’s crucial to partner with an attorney who has the experience necessary to protect your rights.

Deadly Weapons Aside from Firearms

Aside from the phrasing of Texas law, you might describe a “deadly weapon” as something dangerous or lethal. Typically, this is due to its capacity for causing harm or even death.

Beyond the obvious weapons category of firearms, this includes a broad range of weapons and other items.

Moreover, a car can fall into this category, depending on the “manner of use.”

Back in 2002, a Houston-area woman suspected her husband was having an affair. She used her car as a deadly weapon by running him over in the parking lot, repeatedly. The State convicted her of murder, and she served 15 years before her release in 2018.

The more severe the injury, the more likely it is that an item or limb we might not consider deadly becomes a deadly weapon in Texas.

A “Stiletto Murder” Leads to Life in Prison

When applied with lethal force, even a shoe can be a deadly weapon. In June 2013, a Rice University professor was killed in his condominium. He was struck over 25 times with a 5 ½ inch stiletto heel. According to reports, he sustained 10 puncture wounds to the head, with 15-20 wounds on his face, arms, and neck.

This became known as the “stiletto murder,” and authorities arrested his girlfriend for the attack. The State convicted her of murder, sentencing her to life in prison.

Partner with an Experienced Defense Attorney

When you face aggravated assault charges with a deadly weapon in Texas, it’s a second-degree felony. This can result in a fine of up to $10,000 and 2-20 years in prison. In cases that involve domestic abuse, it’s possible for the court to elevate charges to a first-degree felony, carrying the potential of life in prison.

If you face an assault charge or anything elevated, you need an experienced attorney on your side to protect your legal rights. With a skilled attorney, you have an advocate to pursue the best possible outcome of your case. Schedule a consultation with our Houston criminal defense law firm today to learn more about your options.