Contact our team of Houston criminal defense lawyers to protect your rights, reputation, and future. If you face charges, you need a team of advocates and problem solvers.
Schedule a free consultation today.

At Universal Law Group, our legal team is ready to protect the rights of Houstonians. In part, this is because Brian Nguyen, our Founding Partner, is passionate about defending the rights of his fellow citizens.
Our criminal defense attorneys provide accused individuals with a strong defense against the unbridled powers and resources of the state. Every individual is entitled to due process and its safeguards. Schedule a free consultation*, and let us show you that we are the advocates you deserve. 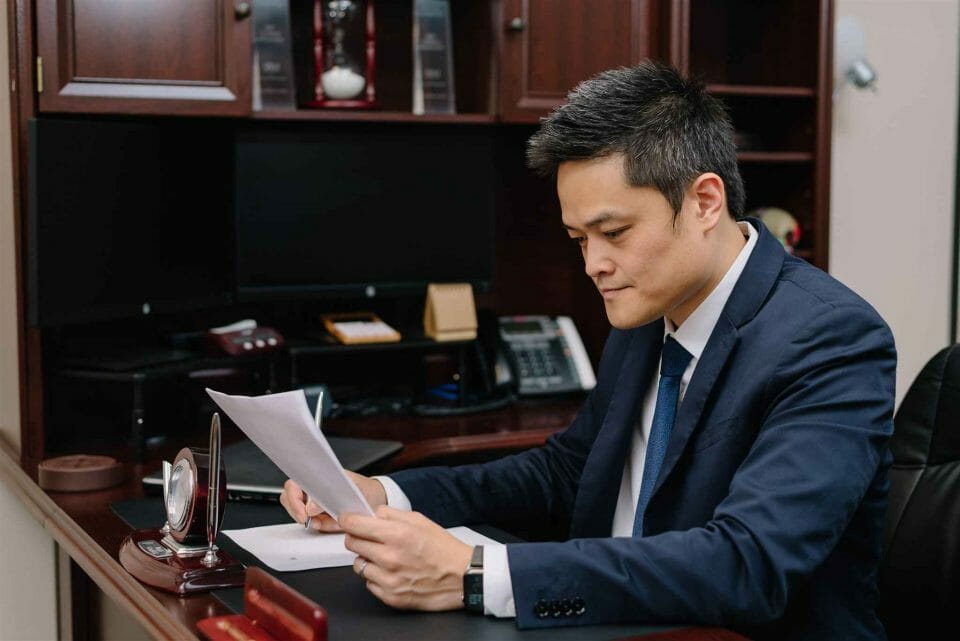 “Innocent until proven guilty” is the enduring principle guiding our criminal justice system. It’s something our Houston criminal defense lawyers never lose sight of.
If you or a loved one faces charges or an investigation for a crime, you probably feel stressed, frightened, and anxious. Who wouldn’t?
Often, people feel overwhelmed in these situations. But, when you face accusations of a criminal offense, the uncertainty paralyzes you. That’s when you need to take immediate action.

An Arrest Is Not the End of Your Case

When the police arrest you for a criminal offense, it often feels final. However, your case is far from over after an arrest. First, the prosecution has to develop a convincing case against you. Moreover, the opposition has to establish guilt beyond a reasonable doubt.

That’s when you need to meet with a Houston criminal defense lawyer. The sooner you act, the sooner we build your legal defense. Quick action gives you the best possible opportunity to overcome this hurdle in your life and move on.

The stakes are high when you face criminal charges. That’s why you need an attorney with experience, expertise, and a history of success. From DWI accidents to possession or graffiti, you have rights.

At Universal Law Group, we take your rights seriously and defend them aggressively. We are more than the best personal injury law firm in Houston. Our team solves problems of all natures when you need an advocate, so count on our problem-solvers.

Our Houston criminal defense lawyers defend individuals and corporations against all state and federal crimes, including:

Fight for Your Future

You have questions, and we have answers. When you’ve been arrested or charged with a crime for the first time, a tidal wave of questions comes crashing through your mind.

Unfortunately, it isn’t easy to find accurate information that considers your specific charge and local and state laws.

When you partner with our knowledgeable Houston criminal defense lawyers, we help ease your mind. Below are a few of the common questions clients have.

Schedule a free consultation* with our criminal defense legal team to learn more about your situation.

What happens after an arrest?

Confronting the criminal justice system on your own is a daunting task. It’s easy to feel intimidated and overwhelmed, especially when you don’t have prior experience with the criminal defense process.

Luckily, you don’t have to tackle this process alone. With our experienced Houston criminal defense attorneys, you have guidance throughout the process. Moreover, we fight for the best possible outcome.

Before an arrest and charges, officers must have probable cause. Investigators from the Houston police department, Harris County Sheriff’s Office, or any other law enforcement agency employ a variety of procedures.

The arrest is the first step of the criminal justice system. So often, people make the mistake of hesitating to contact an attorney after an arrest. However, involving our Houston criminal defense attorneys early in the process significantly improves your chance of beating your case.

When police have probable cause, they arrest you. Upon your arrest, the officers book you at a local jail or police station. During this process, they take your photograph and fingerprints. They also record the charges filed against you.

While they might question you, it’s essential to remember that you have no legal obligation to speak to them. Therefore, we strongly encourage you to wait until your attorney is with you before speaking with them.

Remember, they are not on your side. They want to build a case against you and might try to manipulate you. Exercise your right to remain silent.

Your first appearance in court is the arraignment. The arraignment is when they file formal charges against you. During this hearing, you appear before a judge with your Houston criminal defense lawyer. The judge confirms you are the person facing charges, that you understand the charge, and verifies your plea: guilty, not guilty, or no contest.

At this point, they also set bail and your next court appearance. Bail provides you with the freedom to go home during your trial. The judge decides the bail amount.

During pretrial conferences and hearings, the prosecution and defense discuss the strengths and weaknesses of the prosecution’s case. Additionally, we discuss pretrial motions and indirect factors that pertain to your case.

These factors have a significant impact on your leverage during plea bargaining.

Plea bargaining is when your criminal defense attorney negotiates with the prosecutor and police to prevent a trial. At times, we convince them to drop the case. In other cases, you might plead guilty to a less severe charge.

The case moves to trial when you plead “not guilty,” and we cannot reach a plea agreement. During your trial, the judge and jury hear your case to determine guilt or innocence. This process lasts anywhere from 2 months to 2 years, depending on the case’s complexity.

The criminal justice system requires a unanimous decision from the jury. When the jury cannot reach this decision, the judge declares a mistrial. The prosecution may attempt to retry the case in this instance.

If the verdict is “not guilty,” prosecutors and courts cannot overturn the decision. So this verdict clears you of all charges.

If the verdict is guilty, the defendant moves to sentencing.

Whether you plead guilty or a jury decides you are guilty, you receive sentencing for the crime. Sentencing is a complex process for the judge as they determine the length of your punishment and the severity.

This process involves looking at your record, level of remorse, responsibilities, and numerous other factors. However, judges typically adhere to the sentencing guidelines established by the state or federal government.

You have the right to appeal the verdict when found guilty of some or all the charges. You can take your case to the Texas Court of Appeals with a Houston criminal defense lawyer. There, we examine instances of improper procedural issues that took place in your initial trial. This court has the power to overturn a lower court’s decision.

The Texas Court of Criminal Appeals is the highest court for criminal cases. This court takes appeal cases from the mid-level system or direct appeals that involve the death penalty.

Do I need a Houston criminal defense lawyer if I’m innocent?

If you face charges for a crime you did not commit, you might think you don’t need a criminal defense attorney. But why would you need a lawyer when innocence is on your side?
It’s important to remember that the police and prosecutors want to solve a crime. Unfortunately, this drive means they build a case against you regardless of your innocence.
With a lawyer, you have someone to protect your rights. Our lawyers ensure that police and prosecutors don’t take advantage of you. Moreover, we ensure that we convey the evidence of your innocence in the most impactful way possible.
As Houston criminal defense lawyers, we explain your innocence to those who want you to be guilty. In other words, we build a case for your innocence by amassing facts and details that support your claim. 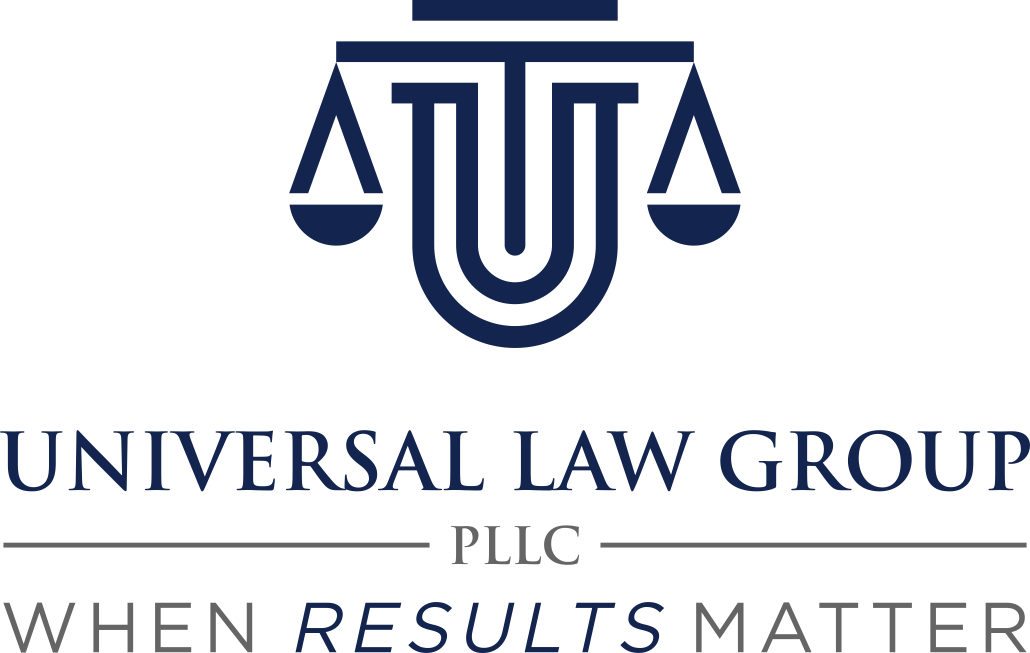 Advocates in Your Time of Need

Criminal charges carry profound implications and consequences. If you face criminal charges, you need an advocate who knows how to solve problems. Our Houston criminal defense lawyers know the law and have the experience and ability to make it work to your advantage.

Moreover, we understand how to competently and effectively build your defense with aggressive representation throughout the criminal justice process. Experience is invaluable when it comes to criminal defense, and our team has the experience of a former state prosecutor on our side.

Therefore, we have the ability to analyze criminal cases from the perspective of defense and prosecution. With our team of experienced criminal trial lawyers, you have advocates to fight for your future.
Schedule your free consultation* today.

*Consultation fees may be waived on a case by case basis and at the discretion of the reviewing attorney.