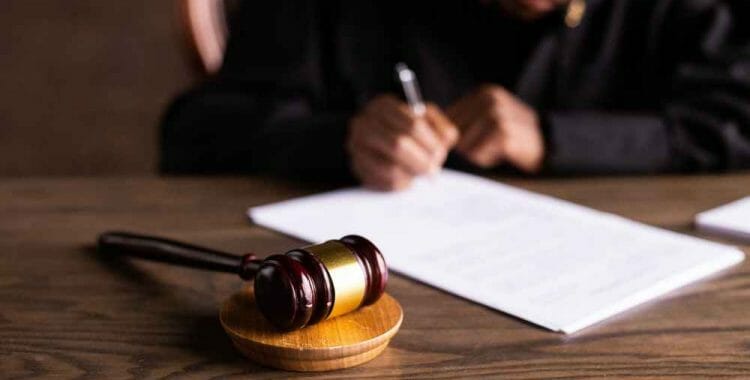 When you face accusations of probation violations in Houston, you need an experienced, dedicated advocate on your side. Schedule a free consultation with a criminal defense attorney at Universal Law Group today.

When you break the terms and/or conditions of your probation, you commit a probation violation. Oftentimes, this puts your rights and freedom in jeopardy. However, the punishment depends on a range of factors.

The sentence for a violation often carries significant penalties. From heavy fines to jail time, you are at the whim of your judge.

After a conviction for a misdemeanor or a felony, you face time in jail or prison. However, some defendants have the option to reduce or avoid a jail sentence when a judge grants them probation. Still, probation is never a “get out of jail free” card.

It’s a form of supervision that allows you back into your community. Unfortunately, it also carries the threat of incarceration, which looms above you throughout the period.

Probation violations in Houston mean you have to go back to court for a probation revocation hearing. Below, we look at some of the basic questions about this situation. What counts as a violation? When you don’t comply with probation, what are the consequences?

Oftentimes, people believe that parole and probation are the same, but they are not.

A judge grants probation at sentencing. This means it is an alternative to incarceration, usually offered to less serious offenders or first-time offenders. It allows them to stay out of jail so long as they comply with certain rules.

On the other hand, parole is a period of supervised release after a person serves part of their prison sentence. A parole board or statute establishes this option. Generally speaking, the purpose is to help them reintegrate into society.

At sentencing, a judge sets the terms and conditions of your probation. A violation occurs when you fail to comply with these rules. Typically, jurisdictions break these down into two categories.

A substantive violation happens when you commit a new crime during your probation period. For instance, say you are on probation for vandalism. Then, the police arrest you for theft.

If the court convicts you for theft, you face the consequences of your theft charges AND the penalties of your probation violation.

When you fail to comply with the rules established by the judge at sentencing, you commit a technical violation. This includes conduct that breaches the conditions of your probation. However, it doesn’t rise to the level of a criminal offense.

Here are a few common examples of technical violations.

Because every case is different, it’s important to understand the specific terms and conditions of your probation. In order to gain a better perspective of probation violations in Houston, it’s a good idea to work with a criminal defense attorney.

After probation violations in Houston, a prosecutor or parole officer might initiate a revocation hearing. That means they file a motion to revoke your probation. Then, a judge reviews the motion to determine whether there is probable cause behind it.

If there is, the judge issues a notice for you to appear in court. Ultimately, it’s up to you to appear voluntarily. However, the alternative is to be taken into custody.

If you end up in jail, you might be there for a while, though.

When accused of probation violations in Houston, you have the right to this hearing. The burden of proof is with the prosecution, so they have to prove your violation with a “preponderance of evidence.”

Additionally, you have the right to legal counsel, which allows your attorney to cross-examine any witnesses and present evidence in your defense. In some cases, probationers choose to waive their right to a hearing. Typically, they do this in order to negotiate a plea deal after a substantive violation.

With an experienced attorney on your side, you have an advocate to help you understand your options, build a strong defense, and fight to preserve your freedom.

Consequences of Probation Violations in Houston

Generally speaking, the consequences for probation violations in Houston depend on an array of factors, as mentioned earlier. However, it usually boils down to two courses of action.

For minor probation violations, the judge might allow you to continue your probation without changes. In this case, the consequence is a record of the violation.

However, the judge might decide to send a message. If this happens, they might modify your probation.

This is the most severe penalty for probation violations in Houston. It’s when that threat of incarceration becomes a reality. Here, the sentencing options depend on how the judge structured your original sentence.

If the judge suspended the imposition of the sentence, they can impose any sentence detailed in sentencing. Essentially, this means they have options.

For example, a conviction of theft might have a sentence of 5 years in prison. However, the judge suspends imposition and grants 3 years of probation with an order of 6 months in jail.

After a violation, the judge can decide to terminate probation and sentence you to credit for your time served up to 5 years.

If the judge suspended the execution of the sentence, they determine what happens in the event of revocation. This means they sentenced you but granted probation as an alternative.

Facing Probation Violations in Houston? Talk to an Attorney

If you aren’t sure whether you’ve committed probation violations in Houston, schedule a consultation with an attorney. With a skilled lawyer on your side, you have someone to help you understand your situation. Moreover, you have a guide to help you navigate your options.