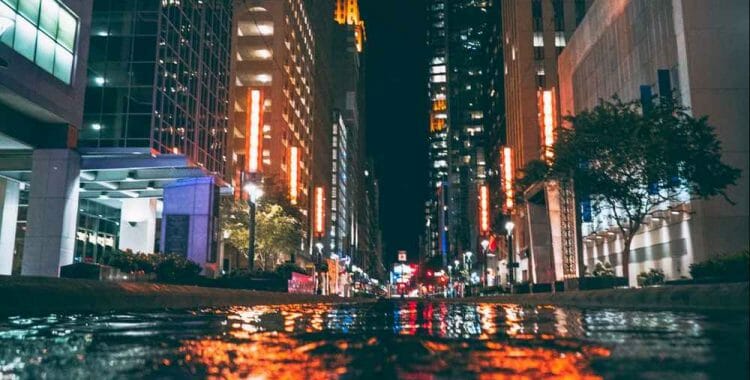 Is our city the deadliest place to drive? Houston is a huge, sprawling city that always seems to be bustling. Additionally, it feels like a constant work in progress as crews work on the roads and freeways day in and day out.

There’s plenty to love about our fair city, and any Houstonian you ask is proud to live here. Why wouldn’t they be? Our city is a melting pot with a stunning arts community and a collection of incredible restaurants.

Unfortunately, one label that doesn’t bolster our pride is that of “the deadliest major metro area for drivers” in the United States. With a quick glance at reddit, you can see a steady stream of examples where aggressive driving habits cause a problem.

As one transplant out of Arizona posts, “What the hell is it with Houston drivers?” From there, a slew of anecdotes follows that showcase how dangerous Houston roads are.

When we consider some of the most common causes of car accidents, it’s important to remember that driver error tends to be at the core of many car accidents. That means that negligent drivers put others at risk every day as they speed, drive drunk, or roll through stop signs.

As we think about the traffic in Houston and how aggressive local drivers are, we often ask ourselves, “What’s going on in Houston? What’s wrong with all these roads?”

Across Houston, there are over 16,000 miles worth of road. Unfortunately, these roads have to carry far more traffic than the original designers intended.

Moreover, Houston is home to more auto accidents than any other city in Texas. Consider this article from 2018. In it, the writer says that about a dozen people die in Houston every week due to motor vehicle collisions.

Additionally, it’s important to recognize that this design and infrastructure are not without their flaws. Generally speaking, we have an outdated infrastructure that leaves our city vulnerable to car accidents. When you consider all this together, it’s not hard to see why Houston is considered the deadliest place to drive.

So, Why Exactly Is Houston Such a Deadly City?

Below, we cover some of the main factors that make our city so dangerous for drivers, cyclists, and pedestrians.

A Culture of Commuting

Roughly 80% of the drivers in Houston average a half hour one way to and from work. As people spend more time behind the wheel, it increases the odds of a car accident. Additionally, long commutes often result in driver irritability and fatigue.

Anyone who drives through Montrose or Third Ward knows the woes of Houston streets. There are so many patches of cement and asphalt in addition to potholes. This makes last-minute swerving a common occurrence in our town.

Alternatively, a driver hits the pothole only to hear a loud bang as the bottom of the car hits the road. Across the city, roads desperately need repair and restoration. In fact, potholes aren’t the only hazard.

With bad drainage and faded striping on the pavement, Houston roads are a real hazard. Unfortunately, though, the solution is another source of problems.

With the amount of roadwork we need, it’s strange that there’s already so much construction. Still, it leaves Houston drivers with an array of road hazards. Moreover, these construction spots often feel unpredictable and unavoidable.

That leaves traffic to slow to a crawl with mounting frustration behind the wheel. Is it any wonder why Houston is the deadliest place to drive? There’s so much potential for collisions.

For example, consider the road work around the Galleria area. Oftentimes, this area sees a mix of local drivers and visitors forced into a tough, confusing situation. Unfortunately, that’s a simple recipe for disaster.

While we’re on the subject of construction, let’s talk about the outdated roads. These are a major culprit behind why Houston is the deadliest place to drive. Often, the outdated roads become overwhelmed with the growth of the city.

Consider when the ramps for Interstate 69 and 610 were built. They were first built back in 1979. While there’s been construction in the area, the last major renovation was back in 1999.

Unfortunately, this means that they likely don’t meet the current standards for construction.

While TxDoT attempts to address the growth issues, the traffic often fills their fixes faster than they can address them. That leaves traffic to remain a major issue.

Think about the shopping centers that dot the roads of Houston. Westheimer is a prime example. From 2012 to 2016, roughly 37% of car crashes across nine counties occurred in these areas.

Moreover, they represented upwards of 25% of fatalities in Houston.

While we’re on the subject of Westheimer…

The Trouble with Westheimer

This Houston street runs for almost 20 miles. As such, it deserves its own talking point. Westheimer is a four-lane road that starts in the Midtown area. On its own, this area is rife with congestion.

From there, it moves west, narrows, and then grows wider. On a daily basis, roughly 74,000 vehicles move across Westheimer. Additionally, in Montrose, the roads narrow so much that many drivers avoid the “slow lane”

When city buses and other large vehicles drive through this area, they often require both lanes, with disrupts traffic even further. This probably sounds like bad driving.

However, bus drivers are under specific instructions from the Metropolitan Transit Authority to straddle the lanes. Unfortunately, that’s much safer for the driver and everyone around them.

Still, some of the most severe Westheimer accidents happen outside of the Loop. That’s where the roads are wider and newer. In fact, Westheimer averages roughly four fatal accidents every year across the stretch between Highway 6 and the 610 Loop.

That stretch is where the volume of traffic peaks. In an attempt to reduce the number of sudden turns on Westheimer, TXDoT introduced long medians in the area. While this did improve the flow of traffic, it also caused drivers to move much faster between intersections.

When you consider Westheimer alone, it’s not difficult to see why Houston is the deadliest place to drive in the country.

Is Houston Really the Deadliest Place to Drive?

Regardless of whether Houston really is the deadliest place to drive, it’s essential for drivers to try to be safe. So, how do you stay proactive to protect yourself?

Additionally, they added bike lanes along Gray Street and wider sidewalks on Shepherd.

The Real Deadliest Place to Drive is Around Negligent Drivers

When it comes to auto accidents, it all really boils down to how drivers behave and react. Behind the wheel and on the road, we owe everyone around us a duty of care. Moreover, it’s important to remember that this duty extends to cyclists and pedestrians.

If we collectively work to drive safely, we have a better chance to dispel the stereotype that Houston drivers are aggressive. Ultimately, it’s on us to stay calm on the road and follow basic traffic laws.

Additionally, we must all stay vigilant of unpredictable yet common hazards.

Still, when people find themselves victims of another driver’s negligence, they have advocates in the legal team at Universal Law Group. Our Houston car accident lawyers fight to protect the futures of injured Texans.

As professional problem solvers, we dedicate ourselves to a thorough investigation and aggressive representation. When we investigate your claim, we strive to hold all liable parties accountable and maximize your settlement.

Injured in an auto accident? Schedule a free case evaluation with our team to learn more about your legal options.