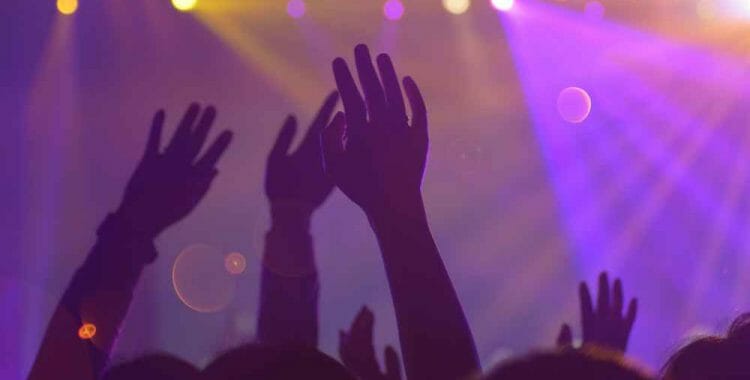 If you were injured at the Astroworld Festival, law firms like Universal Law Group are ready to protect your rights and your future.

The personal injury attorneys at Universal Law Group are available to victims wishing to file Astroworld Festival lawsuits. If you or a loved one sustained an injury at the Travis Scott Astroworld music festival tragedy, call 832-767-0339 to schedule a free consultation with our team.

Houston rapper Travis Scott kicked off his third annual Astroworld festival at NRG Stadium on Friday, November 5, 2021. This sold-out festival had over 50,000 young fans in attendance.

Due to poor preparation and unsafe festival conditions, 8 people lost their lives in the crowd surge. Moreover, hundreds of people sustained avoidable injuries.

Now, local law enforcement officials refer to this as a mass casualty incident. Additionally, those injured have the opportunity to pursue potential lawsuits over the Astroworld festival. Law firms like ours help victims hold negligent parties accountable.

At any concert, festival, or event, the organizers and performers owe a duty of care to all in attendance. However, the medical and security personnel at hand was ill-prepared, undertrained, and understaffed.

To those who sustained injuries, these negligent parties should be held liable. If you or someone you know sustained an injury at this event, reach out to our personal injury law firm. Our legal team is ready to fight to protect your future.

With a broad range of experience and expertise, we understand the intricacies of wrongful death claims and premises liability cases. Moreover, we are prepared to stand up for our community.

What Happened at Astroworld?

The evidence for Astroworld festival lawsuits continues to pile up as more photos and videos come forth on social media. Throughout the crowd surge, victims suffered a broad range of injuries and issues.

Moreover, many in attendance sustained mental scarring and trauma from the event as mere witnesses to the chaos.

Around 9 pm, Travis Scott appeared on stage and panic began to rise. Some fans started to lose conscientiousness. As emergency vehicles cut through the crowd, they were unable to reach those in need.

Then, barriers buckled leaving people to stumble, causing a domino effect. This resulted in people falling over each other only to be trampled. Additionally, the heat of the pyrotechnics made it difficult for people to breathe.

As the chaos ensued, organizers and performers ignored the cries for help and any chants to stop the show.

Among the victims, one deceased individual was 16 years old, with others as young as 10 in critical condition in local hospitals.

At Universal Law Group, our hearts go out to all those impacted by this event. Moreover, we want to share our love with the entirety of the Houston community. As the Astroworld festival lawsuits begin, we commit ourselves to fighting for those who sustained injuries.

We are your advocates to hold the negligent parties accountable for this preventable incident.

Unfortunately, this festival is not the only instance of someone being injured at a Travis Scott show.

In 2017, Travis Scott faced three misdemeanor charges for disorderly conduct, inciting a riot, and endangering the welfare of minors at a concert in Arkansas.

That same year, he performed in Manhattan, encouraging fans to jump from a second-story balcony. One young fan was permanently paralyzed.

Back in 2015, Travis Scott also pled guilty to reckless conduct charges following an incident at the Lollapalooza festival in Chicago, IL.

Advocates For Your Rights & Future

A slew of Astroworld festival lawsuits has already been filed against an array of negligent parties. From Travis Scott and Drake to their record labels and NRG Stadium, these cases are difficult to navigate.

As the updates continue to come in, Houston mourns those lost as others weigh their options. At Universal Law Group, our personal injury lawyers value the individual. We always pursue the best possible outcome for your particular case, striving to maximize your settlement.

Moreover, we offer our services on a contingency basis. That means that you pay nothing all until and unless we win your case. We earn nothing unless we earn you a settlement.

If you need to file one of these Astroworld festival lawsuits, our dedicated attorneys are ready to fight for you. With a client-first approach at the core of our firm, we treat you with the respect and dignity you deserve.

As your advocates, we bear the weight of your case so that you have the time and space to recover.

If you or someone you know sustained an injury at Astroworld 2021, call our law firm today for a free case evaluation. We are ready and available to care for our community.