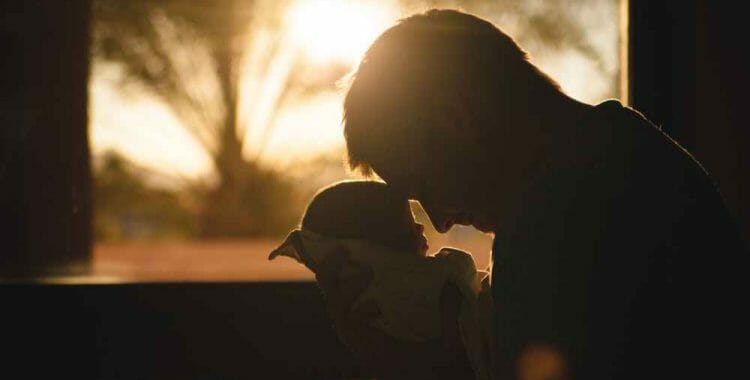 What are a father’s rights in Texas? When it comes to family law, fathers often feel as though they get the short end of the stick.

If you are a dad about to head into a custody fight, you likely have a lot of questions. Moreover, you’ve probably heard some horror stories about fathers’ rights here in the Lone Star State. Luckily, fathers have the same rights as mothers in the eyes of the law.

Still, it’s a good idea to work with an experienced divorce attorney. With skilled legal representation, you can protect the best interests of yourself and your children.

Let’s take a look at eight things to know about your rights as a father in Texas.

#1 Fathers & Mothers Have the Same Rights in Texas

The first thing to understand about a father’s rights in Texas is that you have the same rights as the mother under Texas law.

Up through the 1990s, courts often assumed the mother was more suitable for custody in a divorce. However, courts still considered fathers to be the main provider for their children. Fortunately, the law in Texas – as well as other states – has changed.

Today, child custody cases take a gender-neutral approach to the evaluation of each parent for conservatorship. Moreover, the law recognizes that fathers need to be treated as equal partners in child-rearing.

Even without conservatorship, there is an expectation that the father receives an equal amount of parenting time. In fact, a father’s involvement in a child’s life after a divorce is no longer referred to as “visitation.” Instead, we refer to it as “parenting time.”

In Texas, family court judges tend to consider joint custody to be the best option for children. Under this arrangement, the parents share equal custody. Generally, both parents have an equal amount of time on a weekly basis, alternating and switching holidays.

However, if the judge decides this is not the best option, they determine a primary custodian. Here, a father’s rights in Texas come into play. In the past, this fell to the mother.

However, this is no longer the presumption. Today, fathers frequently gain the role of primary custodian. In non-joint custody arrangements, the non-custodial parent still has rights to parenting time, which is determined by the court.

#3 You Can Present a Parenting Plan

When custody is contested by a parent, you and your former spouse meet with counselors, mediators, and attorneys. Through these meetings, the goal is to create a parenting plan that meets the best interests of the child. Throughout this process, both parents have the opportunity to propose a plan.

The main focus of the parenting plan is to provide for the mental, physical, and emotional needs of the child. Once custody is determined, the court uses these plans to create a joint plan.

As for a father’s rights in Texas, it’s important to be an active participant in this process because you have the right to have a voice. In particular, you have a say in how your child is raised and how each parent is in their life after the divorce. So, it’s crucial to understand your rights and role in this process.

#4 You Have the Right to Seek Custody

Even when the mother has primary physical custody, you have the right to file for legal custody. This gives you the ability to make decisions on behalf of your child. As an active parent, it’s important to have a say in the major life choices of your child, such as their religion, medical situations, and education.

When you work with a practiced divorce lawyer, you have an advocate to help you maintain your legal custody.

If you lose physical custody, it’s important not to lose hope. One of a father’s rights in Texas is to refile for custody after you remedied any reasons a judge had to award the mother with primary custody. Additionally, if the mother begins to alienate you or disallow visits, you have the option to go back to court and reevaluate the parenting plan.

Here, the important takeaway is that you still have rights even without primary or joint custody. Per the plan, you have a right to see your children. Moreover, you have the right not to be alienated from your child, especially if the mother does so maliciously and purposefully.

With the support of a divorce lawyer, you have someone to evaluate your case and help you refile.

#6 The Top Consideration Is the Child’s Best Interests

Rather than assuming one parent is best as the caretaker, Texas law focuses on the best interests of the child. This practice helps to eliminate the gender bias previously used in courts. Instead of assuming the father has financial responsibility and the mother is the best caretaker, the court takes all circumstances into consideration.

Then, they rule according to what is best for the child. Moreover, this means the court evaluates each case according to its specific circumstances, not stereotypes. Often, both parents are responsible for the financial support of the child and share parenting time.

While the court still takes financial resources into account, they consider other factors as well. This is an important factor in how a father’s rights in Texas have changed over time.

When it comes to a father’s rights in Texas, it’s important to understand how court orders impact parenting time.

In an expanded SPO, parenting time extends to include after-school Friday and before school on Monday. Under the SPO, the non-custodial parent can visit between 6-8pm or keep children overnight under an expanded SPO.

If you are not the primary custodian, it’s vital to understand your rights and ensure they are enforced.

#8 Court Is Not the Only Option

In some cases, it’s possible to work out custody and a parenting plan without going to court. However, without a legal document, a father’s rights in Texas are not easy to enforce. While it’s nice to avoid a legal hassle, it’s in your best interest to protect your rights and avoid a bigger fight down the line.

Understanding a Father’s Rights in Texas

In the past, a father’s rights in Texas were limited, putting them at a disadvantage in court. Fortunately, that is no longer the case. As a father, you have the same rights as the mother of your children.

If you want to understand your rights and protect your best interests, you need an advocate on your side. At Universal Law Group, we are your advocates. Schedule a consultation with our team and see how we can fight for you.