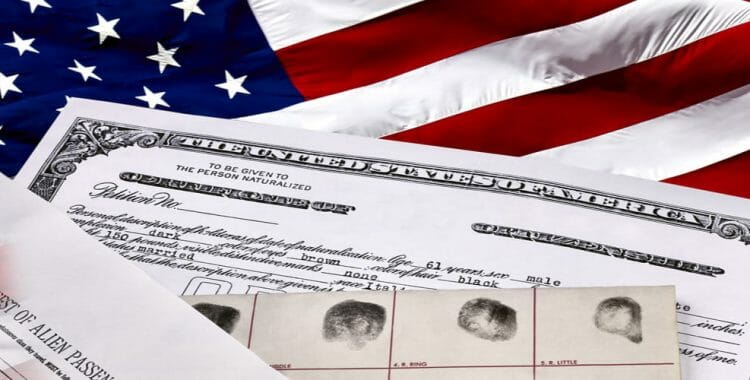 Throughout the election, President-Elect Trump (Trump) has gained notoriety for his strict stance on immigration. Included in his vision are plans to increase security and build a wall along the border of Mexico, restricting immigration, and mass deportation of undocumented immigrants.

With last night’s election win, the dangers of his vision becoming a reality are closer than ever. Trump has described his vision as:

To carry out this vision, President-Elect Trump has provided a 10-Point Immigration Plan as outlined below:

The broad strokes of Trump’s proposed plan could have dire consequences for those wishing to immigrate into the U.S. Specifically, the Trump administration would make it harder for immigrants to come to the U.S. legally. The administration would also make it harder for U.S. companies to sponsor immigrant workers. Moreover, individual immigrants would have to undergo an “extreme vetting” process to limit admission to the U.S. to “those who share our values and respect our people.”

Following are Trump’s current stands on some of the nation’s most popular visa programs:

It is unclear what Trump’s stances on the H-1B program is. Although initially on the record as being opposed to H-1B, Trump has gradually “softened” his view on this to a more moderate stance. He has noted we need highly skilled people in this country, especially in the tech industry. He thus appears to support the sponsorship of H-1B workers, stating, “We absolutely have to be able to keep the brain power in this country.” However, not long after these statements were made, Trump again criticized the H-1B program for its abuses, and proposed restrictions to the programs so that Americans will not be shut out of jobs.

Restrictions on highly-skilled immigrants will have the unintended consequences of harming the nation’s economy, setting back advances in the technical field for years to come.

Similar to his stance on the H-1B visa program, Trump has also flip-flopped his views on the L-1 visa program. Trump had previously said that the current programs allow U.S. employers to “replace any worker with cheap foreign labor”, providing employers with the “legal right to pass over Americans, displace Americas, or directly replace Americans for good-paying middle class jobs.” However, he has also recognized the need for highly-skilled laborers to be retained in the U.S.

Trump’s statements indicate that he is unclear on the L-1 visa program. Time will tell if Trump’s policies will be as restrictive as he claims.

The STEM OPT program has been called the “backdoor method for replacing American workers.” Proposed plans include ending the popular OPT program, which allows F-1 students to work in the U.S. The OPT extension was created by executive order under President George W. Bush’s administration and later expanded by President Barack Obama. If Trump stands firm on this stance, he will have the power to eliminate the STEM OPT program.

Trump’s win should, however, benefit Eb-5 visa applicants. Trump has previously used the Eb-5 visa program as a source of funding for his own real estate projects. Thus, it is unlikely that the Eb-5 visa program will be going anywhere soon. If Trump does enact restrictions to the H and other E visa programs, we will likely see an increase in the number of applicants in the Direct Eb-5 program.

The first actions of Trump’s presidency will likely be to overturn current policies that President Barack Obama put in place for undocumented immigrants. Trump has vowed to end DACA, DAPA, and other “catch-and-release” policies.

However, none of his initial actions will result in mass deportation in the short term. The U.S. Department of Homeland Security does not have the resources or funding to actually deport the nearly 11 million people thought to have entered the country illegally; moreover it is unclear that Trump can marshal these resources.

It is also important to remember that President-Elect Trump will not take office until January 20, 2017. Additionally, all visa categories, including H and E visas, are controlled by law and not the executive branch. Thus, any short-term changes to immigration policies are quite unlikely.

With the Republican party in control of the House and Senate, we may be seeing more conservative laws being passed, including those affecting immigration. Now that Trump is equipped with the resources of a like-minded Congress and Supreme Court, he will be able to push forward his conservative agendas. This will likely result in stricter immigration policies overall.

It is now more important than ever for all stakeholders in the immigration field to closely collaborate with industry liaisons, such as the American Immigration Lawyers Association (AILA), to ensure that the U.S. immigration system will continue to benefit the nation. AILA has already made efforts to work with President-Elect Trump to unify our nation and reject harmful, divisive immigration policies.

In particular, William A. Stock, AILA President, has spoken out, stating, “Now that voting is complete, we all need to work together to put the rhetoric and rancor of the past months aside and move forward to face the challenges and embrace the opportunities facing our country. We are a nation built by immigrants and strengthened by each new generation. Our shared prosperity relies on the innovation and creativity of immigrants from all over the world, from all walks of life, and from all faiths and cultural traditions. For more than 70 years, AILA has worked with leaders from both parties to craft policies that promote a fair and just immigration system, one which reflects the values upon which our country was founded. Today we affirm our commitment to work with President-elect Trump and other leaders who are also committed to those principles and values.”

AILA Executive Director Benjamin Johnson agreed, stressing that, “Though the road ahead may not be easy, AILA stands ready to work with President-elect Trump and the new leadership in Congress to create an immigration system that is consistent with our values and aligned with the fundamental principles of fairness that are the cornerstone of our nation. However, the continued vilification of immigrants and the pursuit of policies that violate these principles cannot be tolerated. AILA and its more than 14,000 members remain committed to defending the Constitution and standing up against laws and policies that violate due process and denigrate the important role that immigration has played in building our great nation. It is time to put the anger aside and get to work.”