Texting and Driving Will Be Illegal in Texas 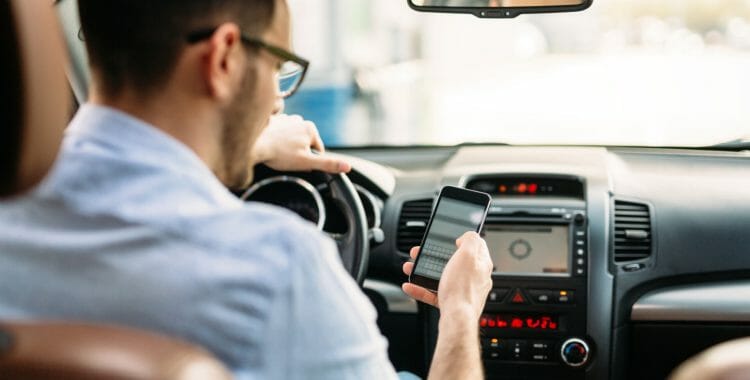 Texting and driving is a serious problem in Houston and elsewhere.

Soon, it’ll be illegal throughout the state of Texas.

In June, Governor Greg Abbott announced his signing of House Bill 62, a new law that will criminalize texting while operating a motor vehicle. It also carries substantial penalties for negligent drivers whose texting contributes to accidents.

Across the United States, distracted driving is part of thousands of fatal automotive accidents each year. Now, authorities and ordinary Texans alike must be extra vigilant to ensure they operate vehicles safely – and keep phones stowed.

Starting Sept. 1, 2017, fines will be assessed for texting while driving.

Fines will range from $25 to $99 for first offenders, increasing to $100 to $200 for those with two or more offenses. This will discourage many drivers from the unsafe practice of using tech toys on the road – but points will not be assessed for these violations.

If an accident occurs while texting and driving and someone is injured or killed, the stakes get higher. The offending driver can be penalized up to $4,000 and may see a jail term of up to one year. That’s in addition to other charges that may stem from the accident.

Stricter City Ordinances May Be Nullified by New Law

House Bill 62 addresses only the reading, composing or sending of electronic messages with a wireless device. It doesn’t go as far as local ordinances in Austin and elsewhere, mandating that all device usage must be hands-free at all times.

In all likelihood, the new state law will curtail these restrictions.

To Stay Safe on Texas Streets, Keep Your Eyes on the Road

Experts have estimated that in the time it takes for the average driver to send or read a text it’s possible to travel the entire length of a football field. Engaging in this practice even once can mean disaster for yourself and others on the road.

Younger motorists are particularly at risk of this behavior. Growing up with many different high-tech tools, they may believe that they can multitask more effectively than the others. The truth, however, is this: Multitasking is an illusion.

The brain can do only one thing at a time – and driving should always be the first priority when behind the wheel of a motor vehicle.

If you need help after an auto accident, contact Universal Law Group for representation.