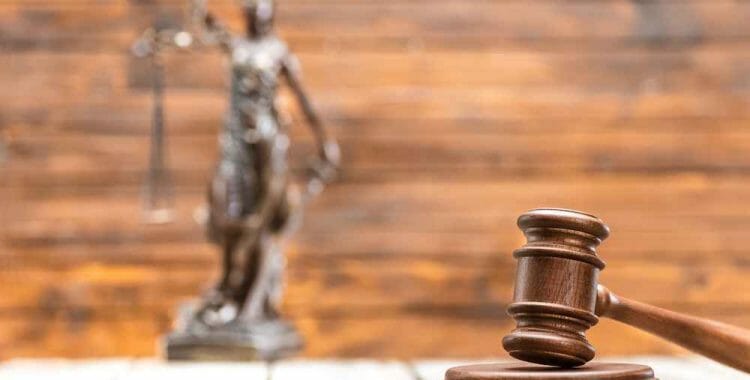 Defamation law refers to any statement that harms another person’s reputation. Typically, there are two forms of defamation we often see in civil cases.

It’s important to understand that neither of these is a crime, though. They are “torts,” which are civil wrongs, not criminal acts. When you defame someone, they have the option to sue you for damages.

As Houston civil litigation attorneys, we cover defamation cases. Schedule a free case evaluation with our team to learn more about your legal options.

What Does Defamation Law Do?

Defamation law attempts to balance out competing interests. On one hand, it feels wrong to ruin someone’s life by spreading lies about them. However, people have the right to speak freely without the fear of civil litigation over every mistake, insult, or disagreement.

In the United States, we hold social and political disagreement in high regard because they are important for a free society. An entire country never shares the same opinions or beliefs. For example, people of different political or economic beliefs often view the same facts and reach different conclusions.

Additionally, political and editorial cartoonists typically exaggerate facts to make a point. When we consider all this, defamation becomes a hard line to walk. As such, proving defamation is not always cut and dry.

How Does a Victim Prove Defamation?

Defamation law varies from state to state. However, there are rules courts tend to accept in a general sense. When you believe someone wants to defame you, you have to prove it by showing the statement meets the following criteria.

First, it’s important to understand what we mean by “published.” It doesn’t necessarily need to be written and printed in a magazine. The defamatory statement can be gestured, spoken, written, or pictured.

However, because written statements last longer, they tend to have a larger impact. For this reason, many courts believe libel to be more harmful than slander.

Second, published in this sense simply means that there’s a witness who heard or saw the statement. In other words, someone aside from you or the person who made the defamatory statement saw or heard it.

Again, the statement doesn’t need to be printed in a magazine or book. Defamation crosses the boundaries of media.

Even a loud conversation counts. Of course, literally published statements also count, even when the statement appears on a picket sign.

Under defamation law, the statement has to be false. Otherwise, the court does not consider the statement damaging. Even when people say mean, disparaging things, if the shoe fits…

Oftentimes, opinions do not count as defamation. Typically, this is because it’s hard to prove an opinion to be objectively false.

For instance, when an art critic reviews an exhibition, they might refer to the work as “a bore” or the artist as “untalented.” Art is subjective. As such, these statements don’t defame the artist.

Is the statement harmful? How does it impact the person’s life? The point of defamation law is to salve an injury to someone’s reputation. When you want to sue someone over their statement, you have to prove how the false statement harmed your reputation.

For instance, perhaps you lost work as a result. Alternatively, maybe your neighbors, friends, or family began to shun you. Did the statement lead to harassment from the press?

When you already have a bad reputation, you might not collect much from a defamation suit. Still, when the statement is false and harmful, the case is there.

Privilege refers to situations in which people have some right or immunity when they make a defamatory statement. In these instances, you can’t sue someone under defamation law even when the statement is false.

For instance, you can’t sue witnesses who give false testimony at a deposition or in court. Although, when they know the statement is false, that’s perjury.

Lawmakers determined that in these and certain other situations, free speech is so valuable that speakers have the freedom to proceed without the worry of defamation claims. Interestingly, lawmakers enjoy this privilege when they make statements in a legislative chamber or official materials.

Absolute privilege is when a person has the absolute right to make a statement regardless of how defamatory it is. In other words, they are immune from defamation lawsuits.

Qualified privilege under defamation law refers to communications in which a person as the right to make an allegedly defamatory statement. When this privilege applies, you have to prove that the person acted recklessly, intentionally, or with hatred, malice, spite, or resentment.

As public citizens, we have certain rights to criticize those who govern us. This means that public officials have far less protection under defamation law. When someone accuses an official of something that involves their behavior in an official capacity, they must prove the above elements.

Unelected public figures, such as celebrities, also have to prove “actual malice” in a majority of cases.

In this landmark case, the Supreme Court held that the First Amendment protects certain defamatory statements. The case involved a newspaper article that made negative comments about a politician.

In their decision, the Court pointed to “a profound national commitment to the principle that debate on public issues should be uninhibited, robust, and wide-open.”

This means that in public discussions, especially about public officials, it’s okay to make mistakes. However, only “honestly made” mistakes have protection from defamation law. This is when the court established the rule of “actual malice” for public figures.

At Universal Law Group, our civil litigation attorneys work to protect the reputations of individuals from defamatory statements. When you feel that another’s claims cause harm to your life, schedule a free case evaluation with our legal team.

As problem solvers, we strive to provide aggressive representation as your advocates against those who would do you harm. Contact us today to schedule your free consultation.