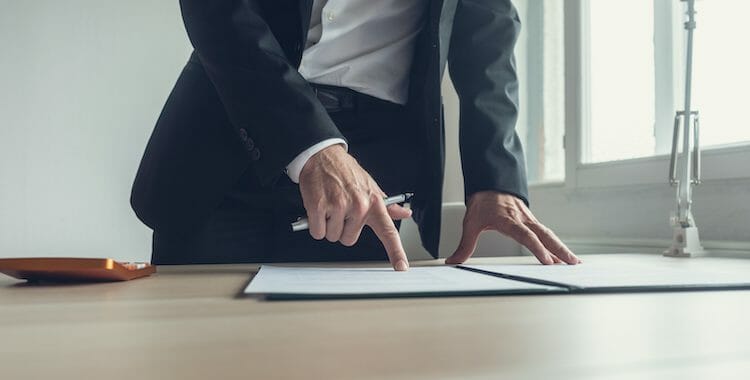 Breach of Contract: Know Your Breaches

A “breach of contract” is a risk we all face whenever we enter into a legal agreement. Whether you deal with great volumes of agreements and types or only handle them on occasion, you never know when you’ll run into a contract that doesn’t deliver on its terms.

Fortunately, a contract is a legally binding agreement. This means that when a party fails to meet the obligations outlined in the document, you have options to remedy the situation. These instances are a breach of contract. The most important step you can take to claim your contracted rights is to recognize when a breach occurs.

While contracts constitute a broad spectrum of legal agreements and terms, breaches only have a handful of classifications. Below, we cover the four main ways we classify breaches. If another party has not met their contractual obligations, contact the civil litigation attorneys at Universal Law Group.

This form of breach is also known as a Partial Breach or an Immaterial Breach. Regardless, a Minor Breach of Contract refers to a situation in which the deliverable in a contract was ultimately received by the other party while the party providing the deliverable failed to fulfill another aspect of their obligation.

In these cases, the party receiving the deliverable may be able to pursue legal action if they are able to prove the bread led to financial losses. For example, a late delivery may constitute a breach but have no remedy if you cannot prove the delay caused financial consequences.

In a material breach, one party receives a significantly reduced benefit or significantly different result compared to the specifications of the contract. Oftentimes, these breaches include failure to meet obligations laid out or a failure to perform on time.

For the responsible party to be liable, a breach does not always need to occur. In the event of an anticipatory breach, no breach has occurred yet. However, one party indicates that they will not fulfill their contractual obligations.

Oftentimes, this occurs when a party explicitly states to the other party that they will not fulfill their contractual obligations. Additionally, an anticipatory breach claim can be rooted in actions that show one party doesn’t intend to deliver or will be unable to deliver.

In an Actual Breach of Contract, the breach has occurred. This means that the other party has already refused to fulfill their obligations by the time laid out. Alternatively, they may have performed their duties in an improper or incomplete manner.

What to Do When a Breach Occurs

When a breach of contract occurs, you have several options to pursue. Your options depend on your specific case, but the remedies available may include the damages that address direct financial losses as well as indirect losses that extend beyond the contract itself. In the case of indirect losses, there must be evidence of some tie to the breach.

Reducing Your Risk of Breaches

When you enter into a contract with another party, there’s no guaranteed way to prevent a breach. This is because the actions of the other party are simply out of your control. However, there are ways in which you can mitigate your risks.

One means to mitigate your risk is to work with attorneys to draft a strong, clear contract. For many businesses, they have legacy contracts that they can analyze. In doing so, they can identify terms and clauses that reduce vulnerabilities in their agreements.

Still, even the most meticulously crafted contracts entered with the best of intentions are susceptible to breach. When you experience a breach of contract, a civil litigation attorney can help you hold the other party accountable.

If you need advice or guidance on a potential breach of contract, contact the attorneys at Universal Law Group. At your free case evaluation, we can help you determine your standing and protect your contractual rights.