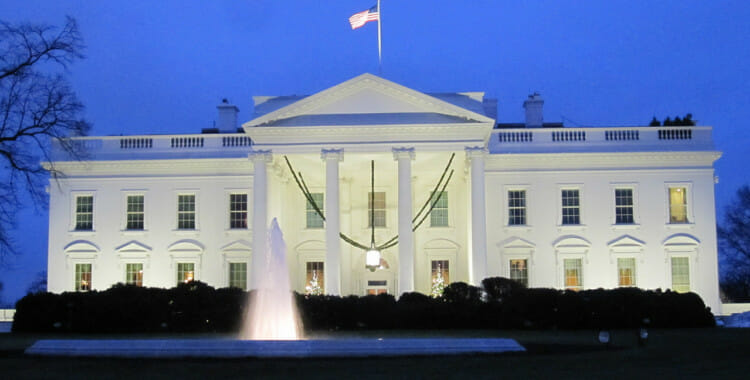 On January 27, 2017, President Trump issued an Executive Order, entitled “Protecting the Nation from Foreign Terrorists Entry into the United States.”[1] The Executive Order suspends entry into the United States by foreign nationals from seven (7) predominantly Muslim countries for 90 days. The seven (7) countries are Iran, Iraq, Libya, Somalia, Sudan, Syria, and Yemen. In addition, the Executive Order indefinitely suspends the entry of Syrian refugees. On its face, the President’s Executive Order appears to enhance national security.  However, poorly communicated objectives and hasty implementation of the Order have caused needless inefficiency and the waste of limited resources.

Although the Executive Order provides guidance on implementing uniform screening standards to detect and identify fraud in all immigration programs, the heightened screening standards imposed are not required by law and will create significant and often insurmountable barriers for many individuals. This program will include:

Consequently, the Executive Order also immediately suspends the Visa Interview Waiver Program (VIWP), which allows certain repeat visa applicants to forego in-person interviews. The VIWP was first launched in 2012 to increase travel and tourism within the United States and was made permanent in 2014.  Suspending the VIWP will most certainly place enormous burdens on U.S. consulates and embassies (particularly high-volume posts) by increasing already extended interview wait times and processing times, wasting limited resources, and decreasing the quality of consular interviews. Notably, the VIWP has been applied to waive the interview requirement only for travelers who have already been vetted and determined to be a low-security risk and who have a demonstrated track record of stable employment and travel. Thus, limited consular resources should be primarily devoted to high risk or new visa applicant cases where eligibility or security is a concern, rather than the proposed endeavor.

In order to track the arrival and departure of foreign visitors in the United States, the Executive Order also directs agencies to expedite the completion and implementation of the biometric entry-exit system. Since 1996, Congress has mandated that an automated entry-exit system be developed and implemented at all air, land, and sea ports of entry in an attempt to track those who overstay their visas. While DHS implemented biometric entry in 2006, a biometric exit system has been held up by numerous obstacles and logistical issues. One such roadblock includes the significant amount of funding required to create an integrated biometrics entry-exit system. To address this funding issue, the FY 2016 Consolidated Appropriations Act already authorizes up to $1 billion for a biometric exit program, to be collected through fee surcharges over a period of up to 10 years. To speed up this process even further, DHS has noted that a comprehensive entry-exit system at all ports of entry would require additional resources that are currently unavailable.

What It All Means

In implementing the broad provisions of the Executive Order, lawsuits have already been filed challenging its constitutionality. Legal challenges include the unlawful detention of foreign nationals who arrived at international airports. Until the U.S. Customs and Border Protection (CBP) provide explicit guidance on entry procedures, it is recommended that foreign nationals from affected countries who are currently in the United States refrain from traveling abroad. Those that need to travel should be aware that enhanced screenings will likely be in place once they return to the United States. Foreign nationals who do need to travel should bring with them a copy of the signed Form G-28 (Notice of Entry of Appearance as Attorney or Accredited Representative), along with a letter specifying the basis of their re-entry into the United States.

During this time of uncertainty, foreign nationals should also be aware that there have been reports of multiple returning lawful permanent residents, who were detained at the airport, being allegedly pressured by CBP officers into signing the Form I-407, Record of Abandonment of Lawful Permanent Resident Status. Signing the Form I-407 indicates that you have chosen to voluntarily abandon your status as a lawful permanent resident of the United States. To ensure that your rights are being protected, it is imperative that foreign nationals refuse to sign any forms until they have consulted with legal counsel.

Although the immediate effects of President Trump’s Executive Order have been limited to foreign nationals from seven countries, the Executive Order provides guidance on changes that will affect all immigration categories from all nations. Rest assured that Universal Law Group will provide you with the latest updates. If you are fighting an immigration battle in Houston, TX, let us help you.